What character arcs exist, or do not exist, in the 1984 smash hit Beverly Hills Cop? 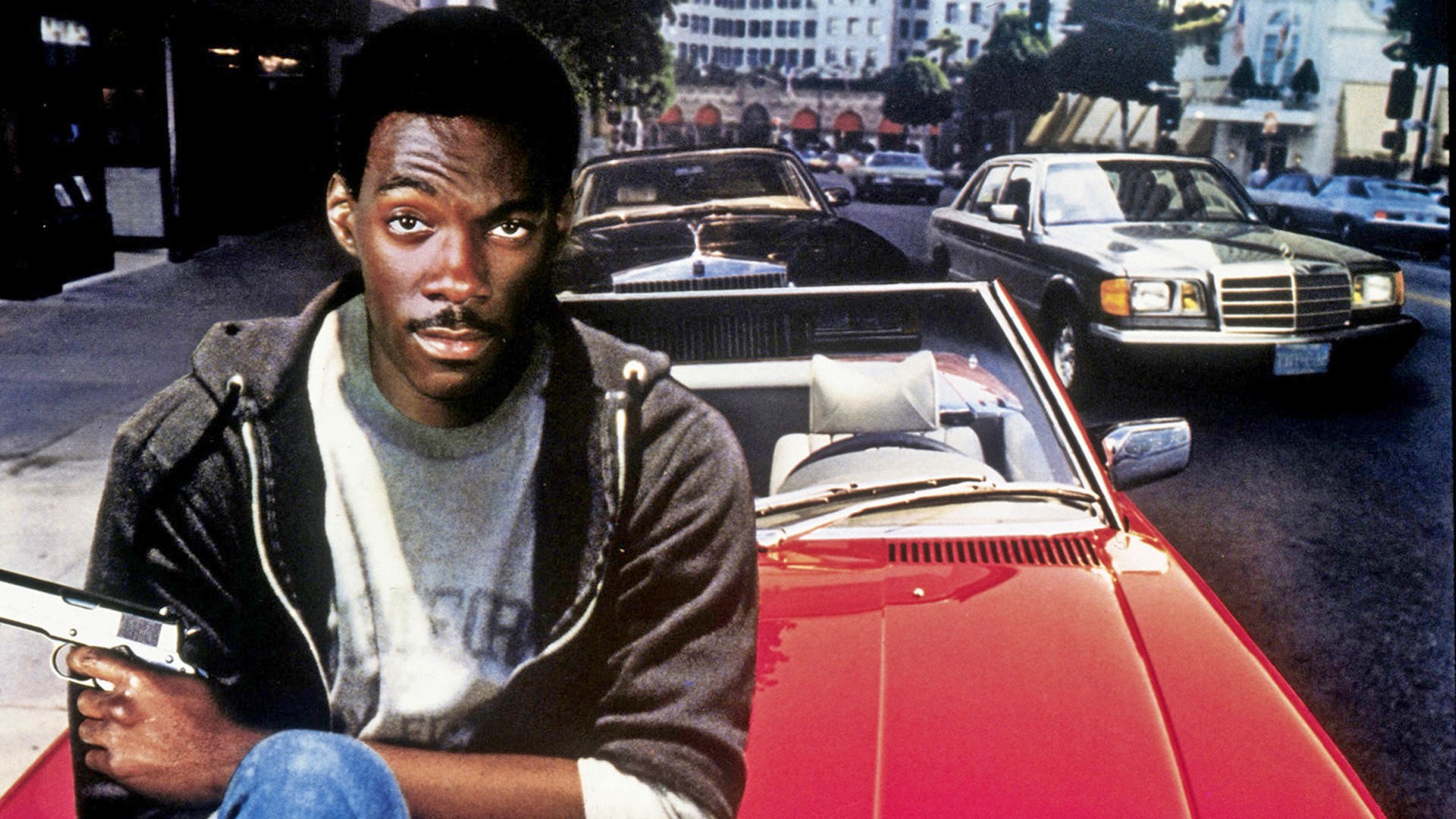 He starts the story as an intelligent and good-hearted cop who doesn’t play by the rules. He goes too far in the opening scene, and his boss in Detroit threatens to fire him. Does Foley learn a lesson from this? No, because according to the rest of the movie, his risks and gambits always turn out to be correct (eventually).

To be clear, Foley isn’t ignorant of the rules. He breaks them by choice, because he knows better. So it follows that he does what he’s supposed to, when it is to his advantage.

This strategy doesn’t change throughout the movie, as demonstrated by the two “what really happened?” scenes. 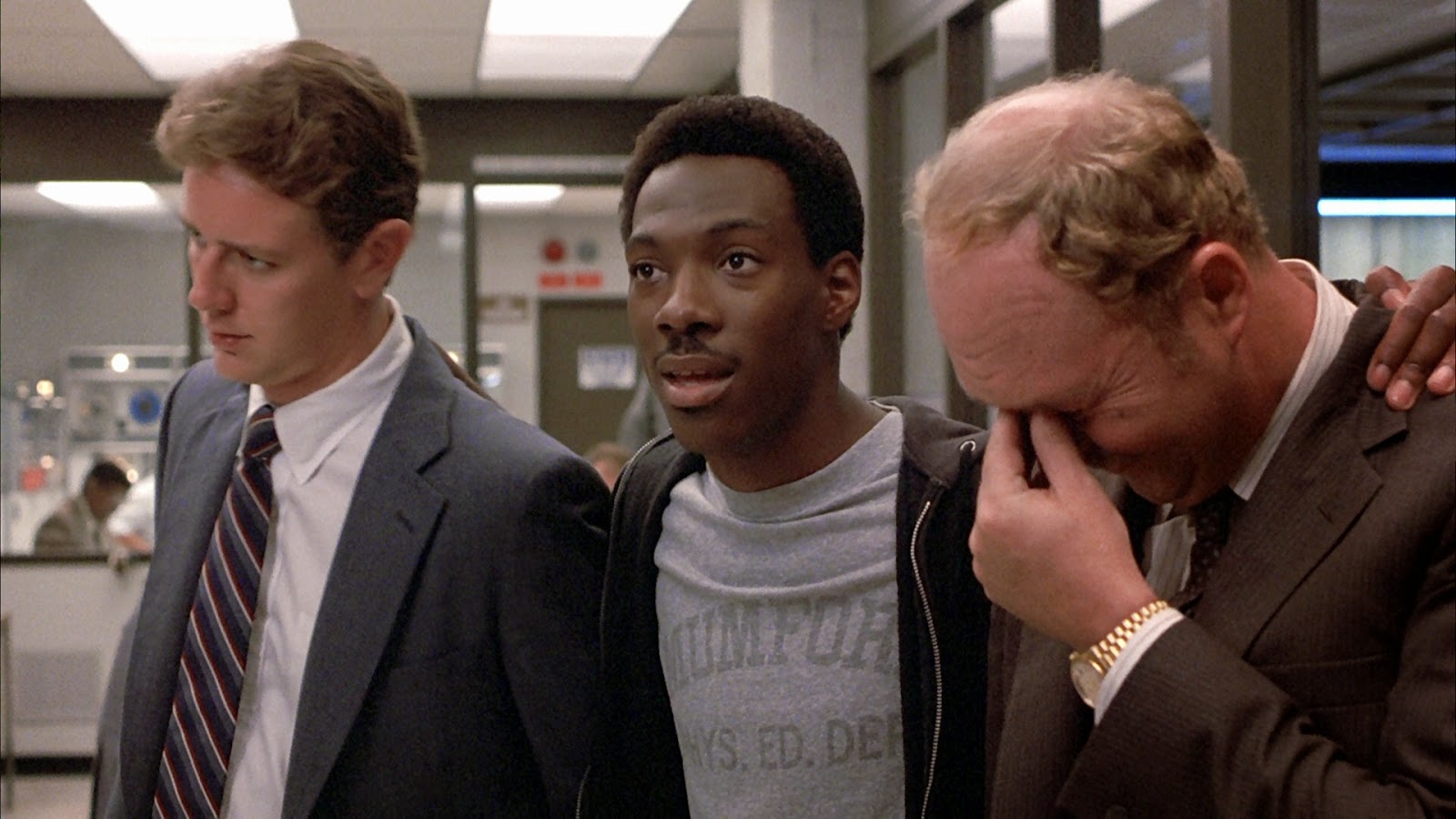 Around the midpoint of the film, Foley stops a robbery at a strip club with the help of the two cops tailing him, Taggart and Rosewood. When questioned at the precinct by Lieutenant Bogomil as to why Taggart and Rosewood were in a strip club in the first place, Foley fabricates a cover story that plausibly covers for his fellow cops, if a little hyperbolic and insincere with how much Foley praises his fellow officers.

Taggart’s sense of honor and duty gets the best of him, and he admits the less flattering truth. A large theme of the LA Police (as depicted) is a strict adherence to the rules, and Taggart is supposedly doing the right and honorable thing by admitting incompetence. Foley chastises him immediately, in front of his superior Bogomil no less, for doing so:

The supercop story was working. Okay? It was working, and you guys just messed it up. Okay? I’m trying to figure you guys out but I haven’t yet. But it’s cool. You fuckup a perfectly good lie…

In the end, after the grand action climax wherein a lot of police bend the rules to catch (shoot) the villian, the Chief of Police demands to know what is happening. This time, having been infected by Foley’s way of thinking, Lieutenant Bogomil (who was previously shown to be obedient to the chief) creates his own lie that covers everyone’s asses.

Again, the Chief echoes Bogomil in asking “What really happened?”

Except this time, the fabrication stands. Taggart agrees with it, and Foley struggles to hide his excited laughter. Not believing it, but satisfied nonetheless with the explanation, the Chief leaves and everyone lives happily ever after.

The lesson of the scene, and the film, is clear: bend the rules. 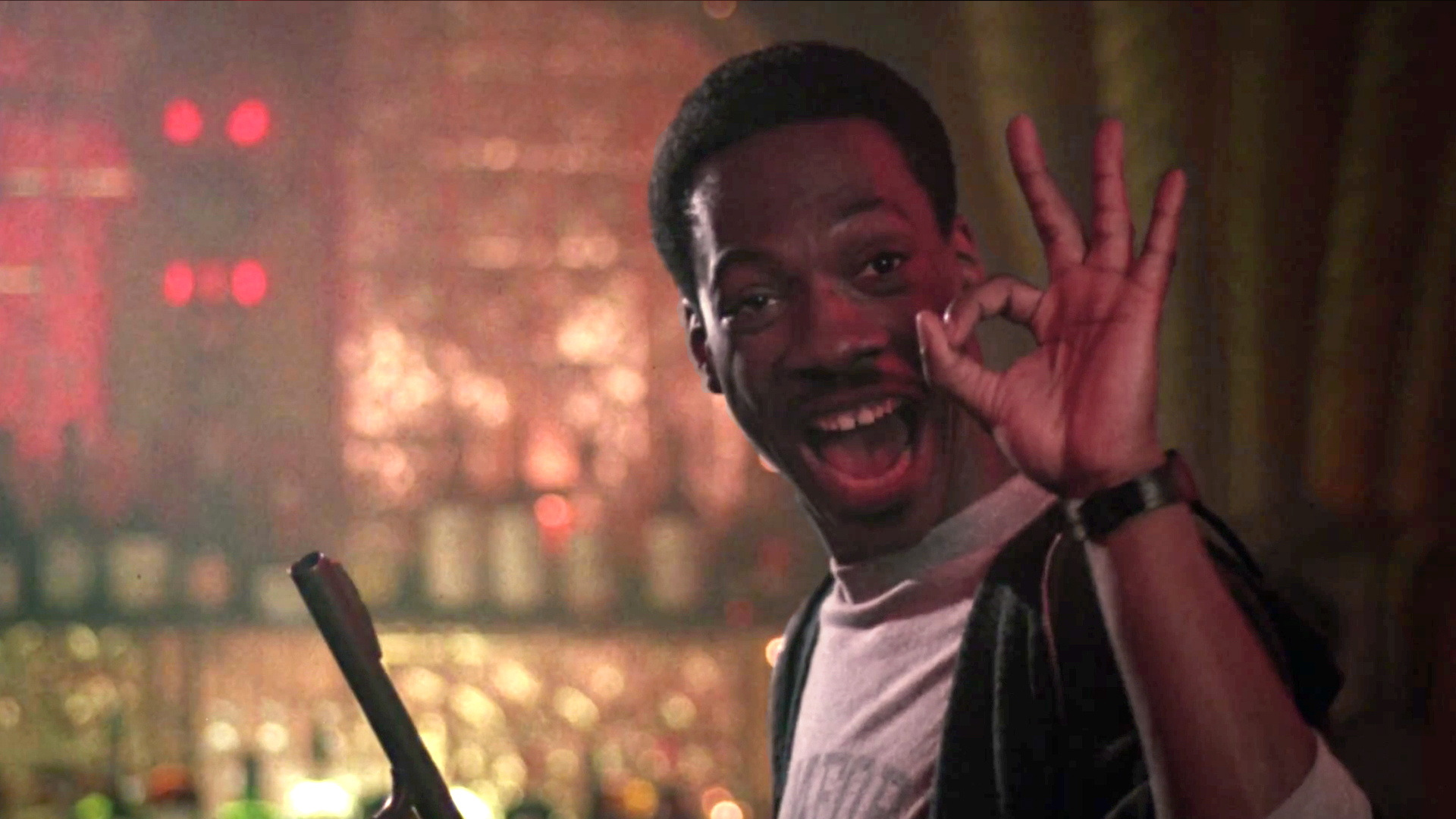 For better or worse though, Foley has been doing this the entire time. His character simply does not grow.

Foley being static doesn’t need to be a bad thing. Stories often employ static characters to act as foils / catalysts for other characters - in this case, the LAPD. 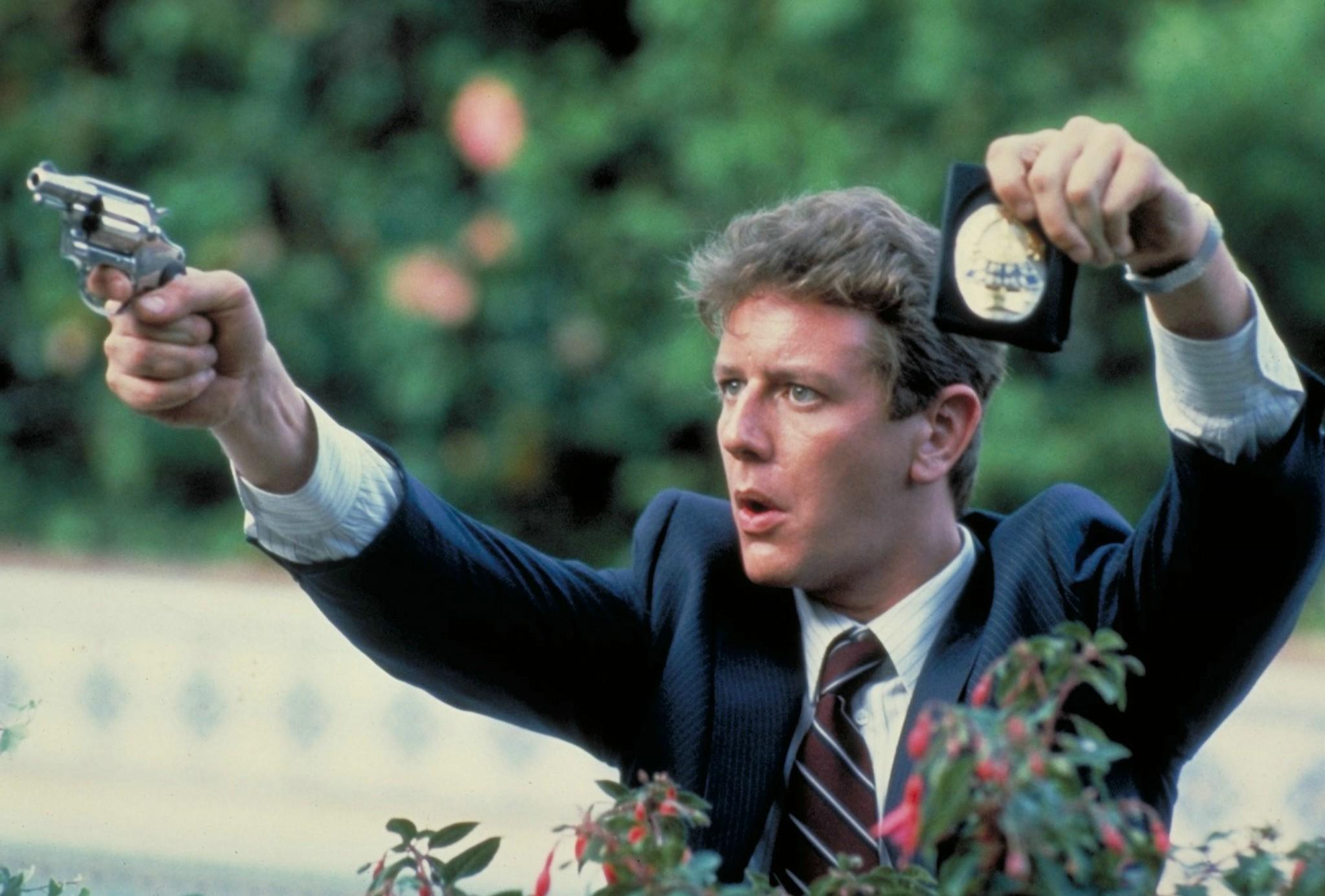 Billy Rosewood becomes a little more courageous through the course of the film thanks to Foley’s influence, eventually shooting two men, all with a surprised look on his face!

Note: the only characters shot to death on-screen in the film are:

Though largely in self-defense, the ethics of Rosewood’s murders and the potential weight on his conscience are never explored in the text, and they are presented as unambiguously heroic, despite the lack of sufficient context to convince us the audience that these men had to die.

But don’t think about that! This is a fun action movie with Eddie Murphy! 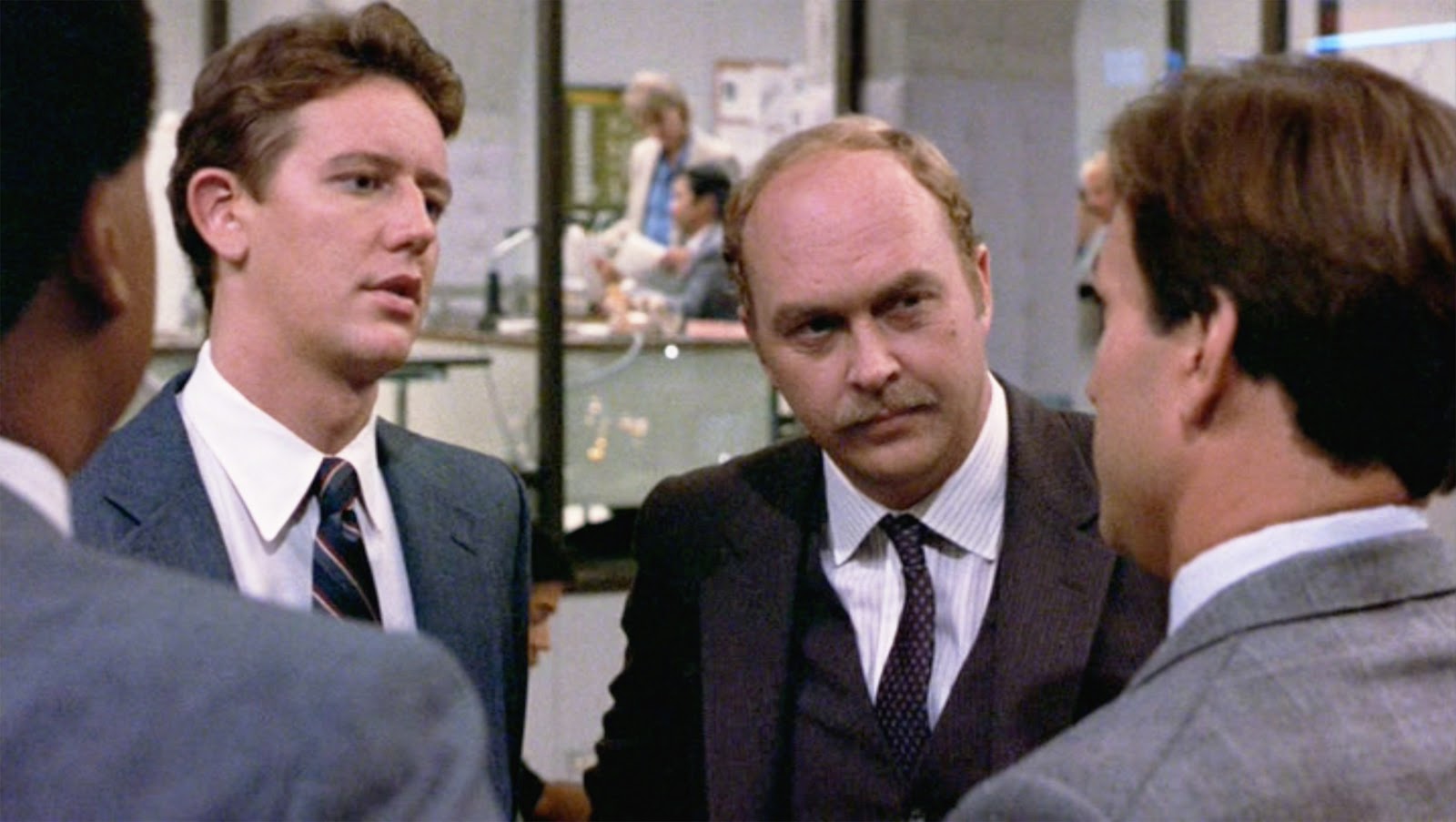 The primary arc of the film (as far as mirroring the overall message of “bend the rules”) belongs to Sergeant Taggart.

Taggart starts off as duty bound, if a little stubborn and bull-headed (he is provoked to violence by Foley in his first scene). That belligerence is never seen again, and Taggart mostly falls into the archetype of a “no-nonsense” cop. Unlike Rosewood, he refuses the dinner ordered to their car when on stakeout for Foley. He refuses to drink while on duty. But when duty calls, and Foley requests his help foiling the strip club robbery, he is professional and effective.

Taggart’s growth (and well as his boss Bogomil’s) is most explicitly demonstrated in the same example above that illustrates Foley’s lack of growth - the “what really happened?” scenes. Whereas Foley’s behavior doesn’t change, Taggart learns the benefit of bending the rules.

This is not strictly limited to getting good police work done, as he also loosens up in the final scene when claiming “one drink won’t hurt” when on duty, much to Rosewood’s surprise.

Axel Foley is the focal point of the movie, the attraction, the fun. Yet even though the plot and emotions revolve around his journey to avenge his dead friend, there isn’t a lot for the audience to relate to. Foley is unflappable, cracking wise even in the most dire of situations. Whereas Taggart berates Rosewood for comparing a life and death shootout to a Western film. 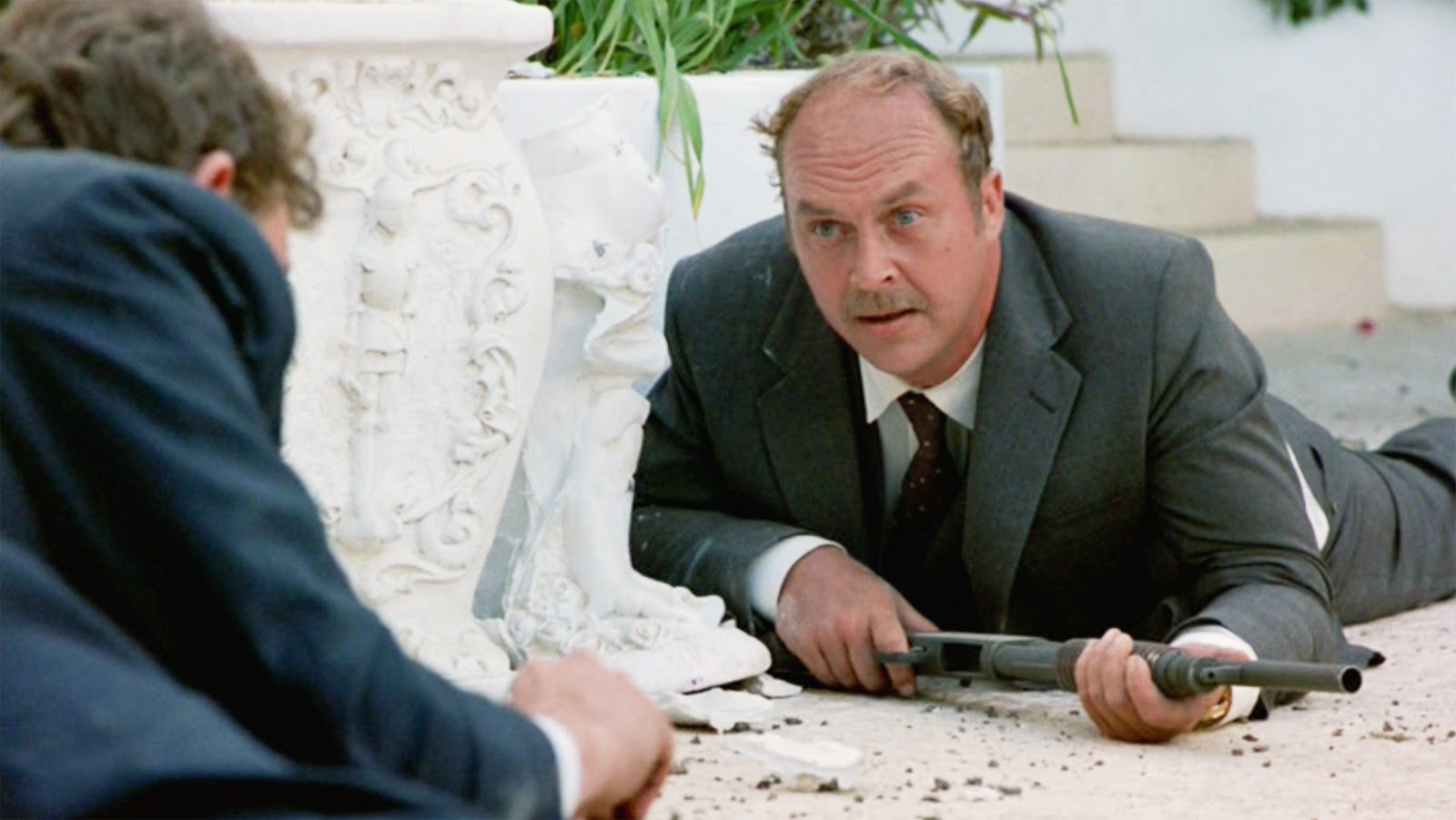 Foley and his jokes bring people to the theater, but Taggart’s role as both straight man and someone who grows is what grounds the film and makes it relatable. His eventual respect and admiration for Foley mirror our own.

Rosewood serves a similar purpose, though he is more naive and unsure of himself, providing the comic relief necessary to round out a classic “buddy cop” dynamic. Together, they give us more to care about then a revenge plot for someone who got executed after 5 minutes of screentime. 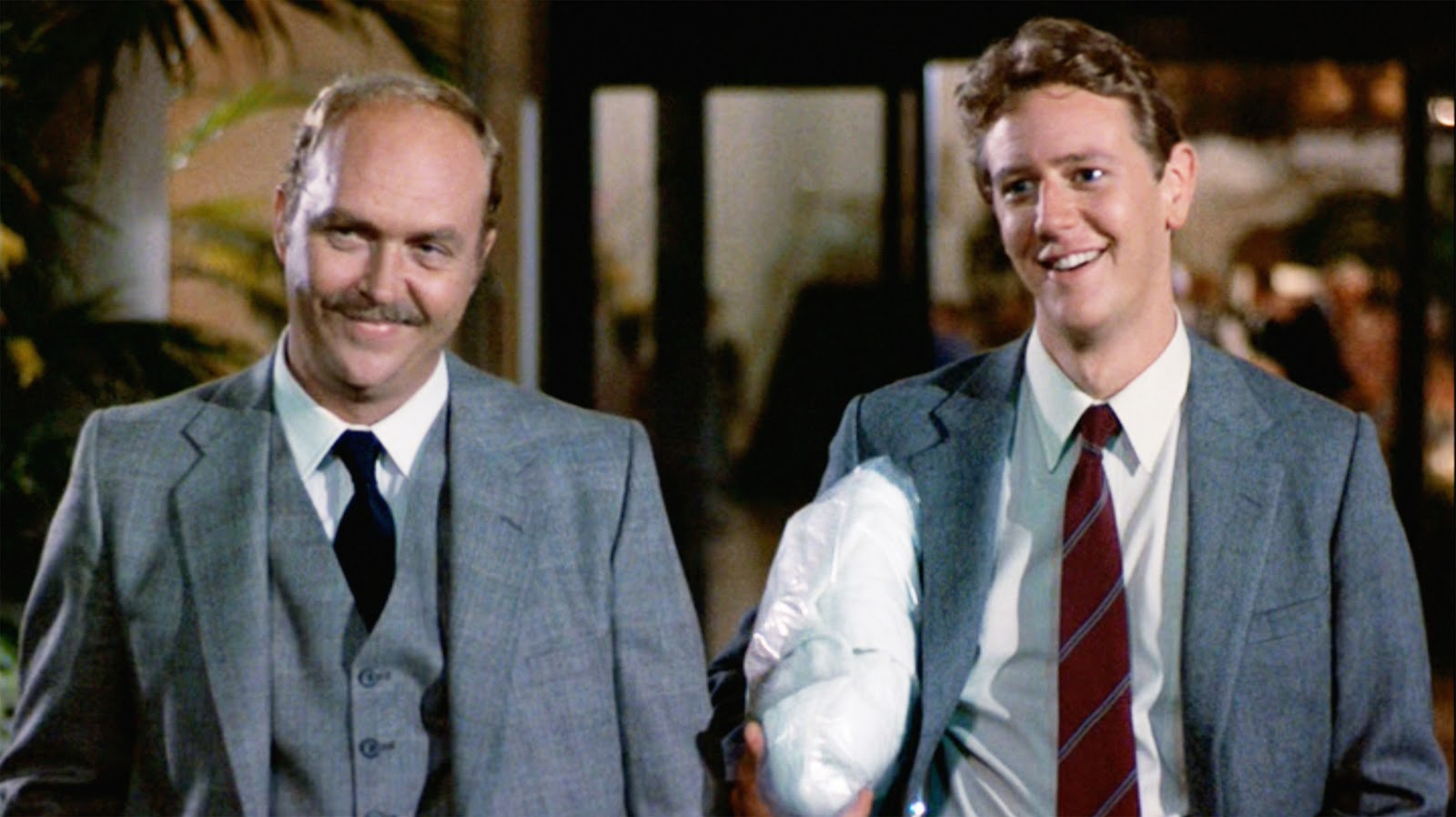